When a poor person dies of hunger, it has not happened because God did not take care of him or her. It has happened because neither you nor I wanted to give that person what he or she needed.

This week we were in Franklin, Tennessee
recording a new album
with our friends at Ed Cash Studio! 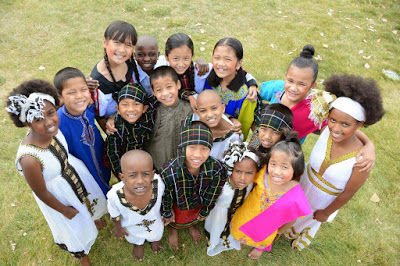 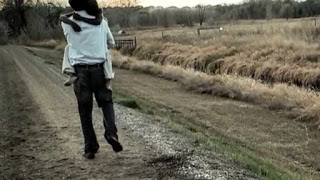 Happy Father’s Day from His Little Feet!
We want to extend a very special thank you
to all you men out there who love and care for children,
especially those without fathers!
“A father to the fatherless, a defender of widows,
is God in his holy dwelling.”
Psalm 68:5

Guess where the team stopped on the way to
Tennessee?!
The St. Louis Gateway Arch

“An arch consists of two weaknesses which,
leaning one against the other,
make a strength.”
– Leonardo Da Vinci

The view from the top!

Fun and interesting fact:
“Ezekiel chapter 40 is only place in the Bible which contains the word “Arch.” If fact, 15 times the word “eylam” is used for arches. The Gateway Arch in St. Louis, which is also known as the Gateway to the West, is 630 feet high and 630 feet wide. Joshua led the Israelites westward as they crossed through the Jordan River into the Promised Land. The Jordan crossing was the Gateway to the West for ancient Israel. The number 42 is associated with crossing over (and the generation Christ appears in), since the Israelites under Joshua crossed into the Promised Land on their 42nd camp movement.  That connects the Gateway Arch to the Promised Land crossing,
because “42” x 15 (arches in Bible) = 630 (Gateway Arch).”
– Stone Kingdom Ministries

riding up to the top of the arch!

Fifth-grader Brooklyn from Stafford, Kansas
had a lemonade stand to raise money for His Little Feet!
She raised over $160!

Brooklyn and her friend Jaeli posing in front of
the lemonade stand.
They are a perfect example that anyone, any age, can
(be in on it) and help children in need!

The beautiful sunset at Calvary Baptist Church
in Stafford, Kansas.
This is a special church for the team, since
it is Uncle Jeff’s parent’s church!

Auntie Jill encouraged all the children at Calvary Baptist
to pray for His Little Feet prior to their
arrival. It was so sweet to see the Sunday school kiddos
meet out choir children, whom they have been praying so hard for!

Departing from Campus and heading East for Tennessee!
The team also said goodbye to Auntie Gerda,
who is leaving for Ethiopia to help prepare
the next group of His Little Feet children.

The Uncles took the boys to do some hiking
and spend quality time in God’s creation.

The Uncles being fearless (as usual)!

The Aunties also took the girls out on a fun
trip to the mountains to take some fun pictures
and create special memories.

The team sang at our the home church of our dear friend
and immigration lawyer, Auntie Christine, in Colorado.
It was really special! Thank you, Christine and Chuck, for all you
do for our ministry and children!
« PREV POST
NEXT POST »