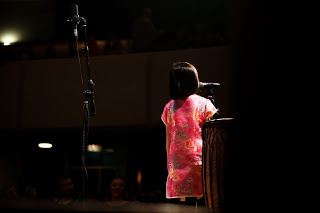 “Jesus bid me shine with a pure clear light,
like a little candle burning in the night.”
Ren sang her solo beautifully tonight, (as usual).
February 11, 2013 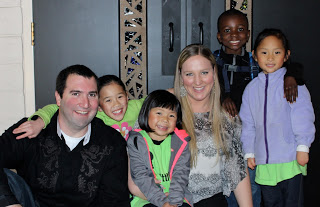 His Little Feet wouldn’t be complete without these six.
We praise the Lord for all they bring to the ministry.
February 12, 2013 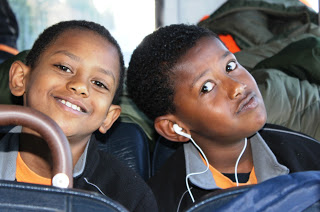 Brothers Abrham and Dawit,
spend some quality time on the bus ride through Oregon.
February 13, 2013 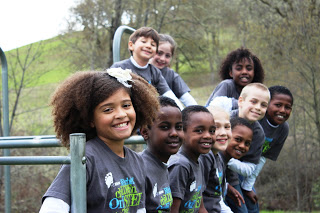 We safely made it to Oregon and
took the opportunity to play in the green woods outside.
Roseburg is a beautiful place!
February 14, 2013 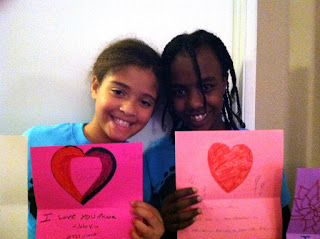 Happy Valentine’s Day from His Little Feet!
All of the boys wrote valentines to the girls reminding them about God’s love.
February 15, 2013 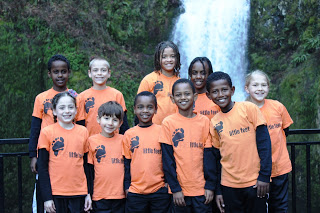 The team made a quick stop at Multnomah Falls
on the way from Roseburg to Hermiston, Oregon.
What a beautiful sight! 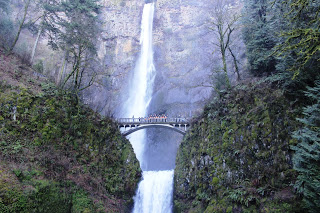 “Deep calls to deep in the roar of your waterfalls;
all your waves and breakers have swept over me.”
Psalm 42:7 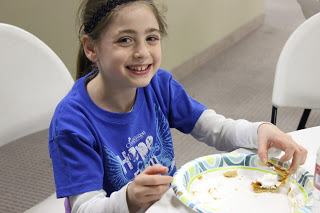 New Hope Community Church and Stanfield Baptist Church
threw the team a “We’re Thankful For You” pot-luck,
complete with all regular dishes – turkey, stuffing and even pie!
February 17, 2013 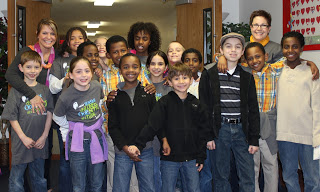 It was a powerful Sunday with concerts at
New Hope Community Church in Hermiston, OR and
Stanfield Baptist Church in Stanfield, OR. A big THANK YOU
to everyone who made these events happen, and to everyone
who came to worship with us!
« PREV POST
NEXT POST »